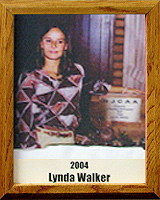 She has coached junior high girls in softball and volleyball and has helped at numerous summer camps and clinics in volleyball. She also has helped the volleyball program at Rincon High School.organizations.