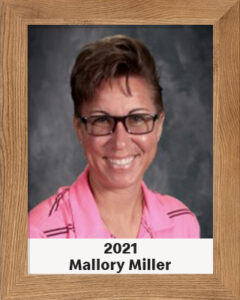 Mallory Miller is generally recognized as the best soccer player in University of Arizona history, the only Wildcat to become the Pac-10 Player of the Year (2005), a dominant figure in the school’s only Pac-10 championship, (2004).
Miller completed her UA career at the top of the Arizona record book in goals and points while having the third-most assists in Arizona history .
Fourteen of her 32 goals ended up being game-winning goals, which was six more than any other player in Arizona history.
A two-time All-Pac-10 honoree, Miller led the conference in points , assists and game-winning goals when the Wildcats advanced to their first Sweet 16 in 2005.
“Mallory has a bit of flair and a lot of fearlessness,’’ said her Arizona coach Dan Tobias.
Her teammates spoke about Miller’s intensity — and smile.
“My favorite thing is that she’s so reserved as a person, she’s so conservative,” said ex-Wildcat Kelly Nelson. “But when she gets on the field, it’s like she’s a whole different person. I mean, she gets pissed, she gets very aggressive. She’s just competitive. She wants to be the best; she is going to work really hard no matter what.”
Nelson, who shared the central midfield with Miller, said she considers Miller one of her best friends on the team, except maybe during practice.
“She’s such an intense player, so competitive, that it’s always a competition with her. We’re always battling out there together. It makes practice so much fun just knowing that each day she’s going to bring it.’’
Mallory gained some national attention in 2005 as well as she was a finalist for Soccer Buzz’s Player of the Year, was an All-West Region first team honoree and was named to the NSCAA/
Adidas All-America Team.
Before being recruited by Arizona, Miller was a four-year letter-winner at Salpointe Catholic. She led the Lancers to four consecutive region championships and was a three-time All-State selection. She was named Tucson’s player of the year as a senior, 2001, helping Salpointe to a
22-3-1 record.
With Miller as a dominant player, Salpointe won the 1999 state championship, was second in 2001 and third in 2000. She did much more than play soccer. She was a four-time Salpointe Scholar-Athlete award winner.
Her career began to blossom in 1997 when she was a member of the Arizona State Olympic Development program for four years.
After her UA career, Miller became a school administrator and coach in the greater Phoenix area. In 2013-14, she became the head girls soccer coach at Maricopa High School. She used her experiences as a young soccer player to help the young Maricopa players.
“It wasn’t always easy, ‘’ she said. “Starting out as a freshman, I was only one of three that didn’t pass the fitness test and had to work my way back onto the team.’’
She is a member of both the Salpointe Catholic Hall of Fame and the UA Sports Hall of Fame.
“I wasn’t the most skilled and coaches didn’t give me a second glance when I was going into college,” Miller said. “I fought myself through adversity.
I tell the girls that you don’t have to be the best player or play on the best club. It’s all about the work you put into it. Work hard and success will come. That’s been my motto.”
Miller, who earned a Master’s degree at NAU, is the principal of Pioneer Elementary School in the Gilbert School District.
— Greg Hansen 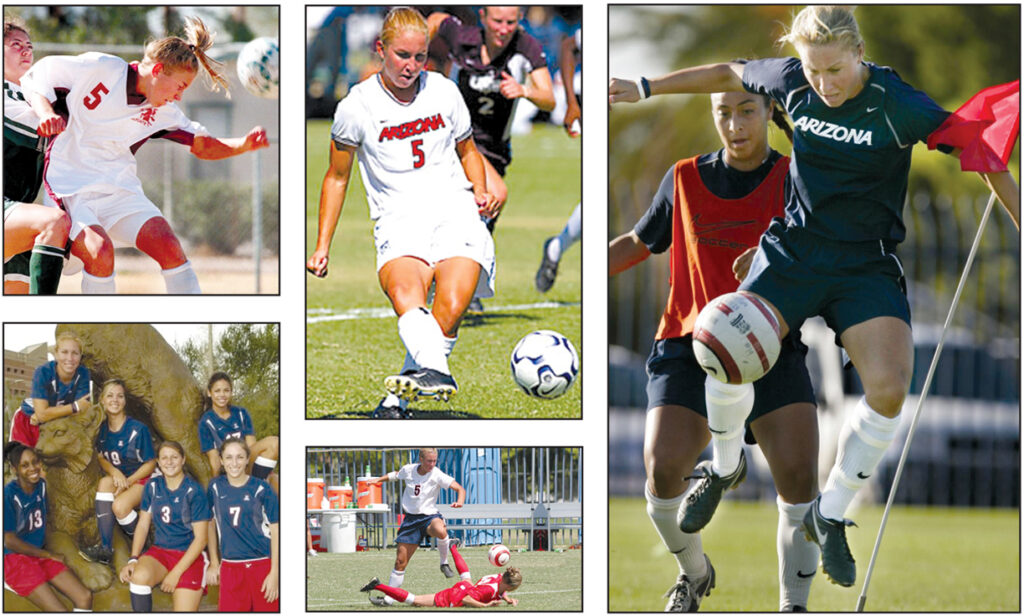