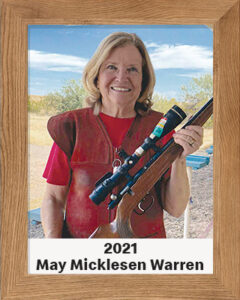 May Warren set her first U.S. shooting record on May 7, 1960 in Phoenix. By 1967, she had set four more national records.
But that was just the beginning.
Warren won regional and state shooting competitions in Georgia, Ohio, and internationally in Hermosillo, Mexico, and continued her excellence for a half-century, finishing first in AAA tournaments in 2002, 2003, 2004, 2007 and as recently as 2017 was the Arizona state women’s champion in the high power rifle silhouette event.
This all began innocently at Catalina High School in the late 1950s when Warren — then May Mickelsen — began shooting with the men’s rifle team on the school’s shooting range through the ROTC program.
“I followed in the footsteps of my sister,’’ Warren said. “She was already on the team at Catalina High School and was having so much fun that I wanted to join. She was a graduating senior and I asked her if she could talk to the coach to see if I could be on the team.’’
The coach said “If you are half as good as your sister, you will be on the team.’’
Warren began winning matches as a CHS sophomore. She set her first national record as a junior and another that summer in the national matches at Camp Perry, Ohio.
She then took it a step beyond, becoming the second female shooter in history on the University of Arizona team, where she set two national records.
“From my freshman year through my senior year, I was the only woman on the varsity team,’’ said Warren. “Best of all, none of the men opposed me being on the team. ‘
She had two memorable events as a Wildcat. The first was when she set a U.S. record. The second came in Mexico when she was the only female in the competition.
“It raised a lot of attention,’’ she said. “I won the smallbore and 4-position match. Reporters and photographers appeared and everyone wanted to shake my hand. That was among the most memorable matches I ever had.’’
After her sophomore season, she finished No, 3 on Team USA competition and was an alternate on the world championship team to Cairo, Egypt.
“Toward the end of my sophomore year, a controversy arose over a woman receiving a letterman’s jacket,’’ said Warren. “The men on the varsity were in favor of me receiving a letterman’s sweater, even though it had never been done. Finally, UA athletic director Dick Clausen approved my letter.’’
Warren was soon elected captain of the rifle team twice. All of her accomplishments were barrier-breaking moments for female athletes at the UA.
She became a certified Rifle Marksmanship Instructor in 1966. In 1972, she moved to Missouri but eventually returned to her hometown of Tucson in 1998.
— Greg Hansen 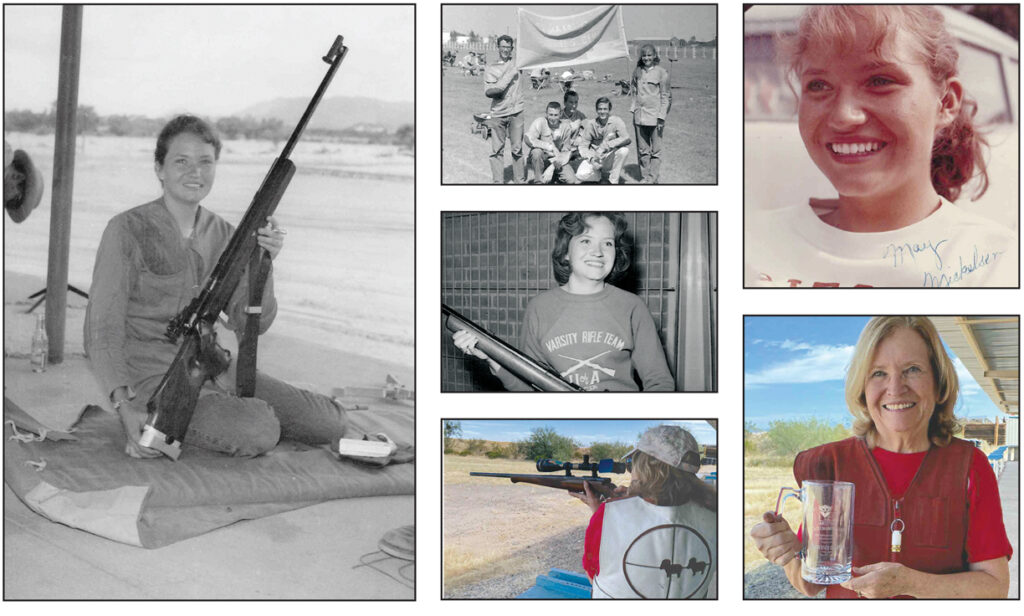