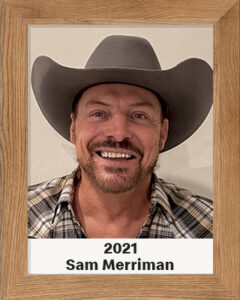 Sam Merriman first made an impact in Tucson sports in the early 1970s when he won championships in Hoofs and Horns and, later, the 4-H and Future Farmers of America rodeo competitions.
He was a breakaway roper who grew up wearing cowboy hats and cowboy boots.
But by the time Merriman reached high school, he had grown from a 110-pound rodeo champ to a star linebacker for Amphitheater High School’s 1979 state football champions — the last Tucson prep football team to win a big-schools state title in Arizona.
That was just the beginning of Merriman’s football accomplishments.
He signed to play for the Idaho Vandals and was so good that he set the Idaho school record for career tackles, 519. He was a four-time All-Big Sky Conference football player.
Merriman terrorized opponents’ offenses from 1979 to 1982 as a linebacker for the Vandals. For four years, Merriman tackled anything that moved, Merriman earned Idaho defensive MVP honors in 1981 and 1982. He still owns the third- and fifth-best single-season tackle totals in Idaho history with 145 in 1981 and 138 in 1979.
He was inducted into the Idaho Vandals Sports Hall of Fame in 2007.
After his Idaho career was complete, he became the second Vandal in school history selected to play in the prestigious East-West All-Star Game. Then the Seattle Seahawks made Merriman a seventh-round draft pick in 1983 to start his five-year NFL career.
As a rookie in 1983, the Seahawks beat Denver soundly in the wild card game and met favored Miami at the Orange Bowl in the divisional round. It was a close contest with several lead changes; the Seahawks regained the lead 24–20 with under two minutes remaining. On the ensuing kickoff, Merriman recovered a Dolphin fumble inside the Miami thirty that led to a Seattle field goal, the final score of the upset victory.
He became one of the top special teams player in franchise history.
Unfortunately, entering his sixth season in 1988, Merriman, a likely starter opposite popular Brian Bosworth at weak inside linebacker, suffered a career-ending knee injury in the second preseason game against Detroit at the Pontiac Silverdome; it occurred during a punt return in overtime.
Placed on injured reserve, he was released by the team eight months later in April 1989.
“It’s strange,’’ Merriman said then. “I didn’t have any injuries in high school or college, but in the NFL I had shoulder and ankle injuries before tearing up my knee. ‘’
Merriman remained in Seattle, working in private business and also helping coach high school football teams for 22 years. He later returned to Tucson and got involved with rodeo again. He is a member of the rodeo committee at the historic La Fiesta de los Vaqueros.
Even as he approached 60, Merriman was competing in regional rodeos.
“I’m a die-hard so I do Jackpot ropin’,” he told the Daily Star. “Arizona’s a great place in the winter for these Jackpot rodeos that seem to be everywhere. I was pretty decent as a kid, so it’s still doable even though it was 30 years since I was last in competition. I’ve been ropin’ with some guys who are close to 80. There’s a wealth of knowledge that these men can share, and I’ve been able to learn from them and get better.”
— Greg Hansen 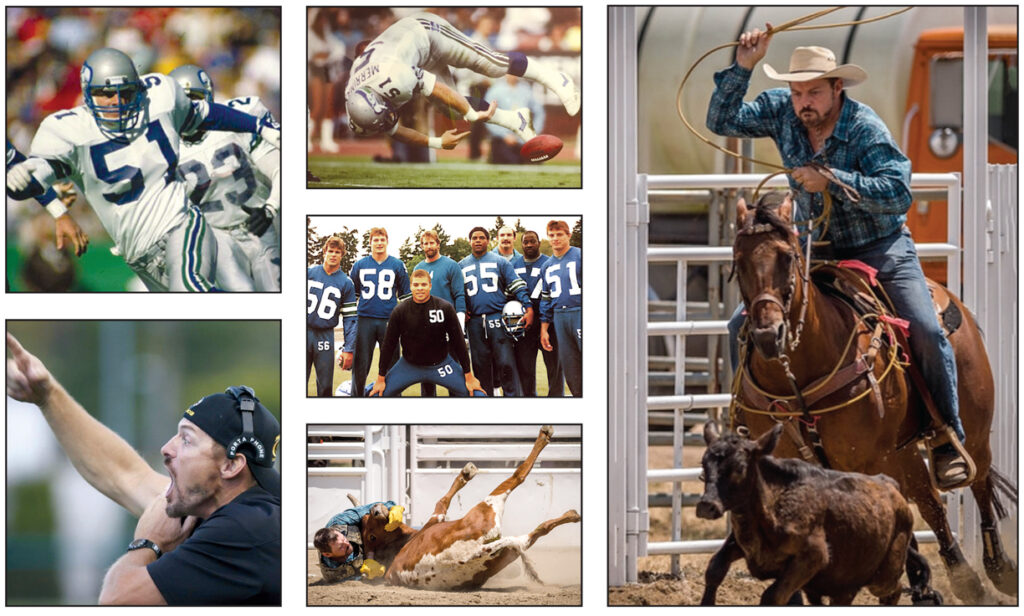