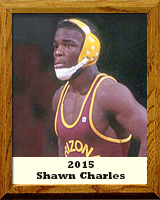 Charles earned a scholarship to Arizona State University and became a four-time All-American (5th, 7th, Runner-up), the first in the school’s history. While at ASU he won over 100 matches which places him in the top 20 for career wins, he was crowned the PAC 10 Champion twice and he wrestled in two All-Star competitions. He was later inducted into the ASU Hall of Fame

Charles as a D1 Coach: Coach of the Year-PAC 10 Conference, Coached the Outstanding Wrestler in the NCAA Champions, three Academic Male Student-Athletes of the year, 42 All-Americans and 5 NCAA Champions.