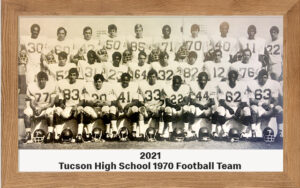 Tucson High’s 1970 football state championship team outscored opponents 475-138.
It won the title game 54-16 over Phoenix Sunnyslope, a 38-point differential that remains the most lopsided in the history of state championship games for the state’s highest classification teams.
In the semifinals, Coach Ollie Mayfield’s club beat 11-0 Mesa Westwood, 39-34, a deceiving margin in as much as the Badgers outgained Westwood 479 to 262 in total offense.
“They are the best team we’ve played,’’ said Westwood coach Dave Gates. “They are superior to everything that I’ve seen.’’
The ‘70 Badgers had no difficulty winning 10 games against Tucson and Southern Arizona teams, routing the No. 2 finisher Salpointe Catholic 41-20 in the division title game before 11,000 fans at Arizona Stadium.
“They don’t have a weakness,’’ said Salpointe coach Jerry Davitch, who went on to be the head coach at the University of Idaho. “They have more size and speed than I’ve ever seen for a high school team.’’
The ‘70 Badgers had seven players who signed Division I scholarships, including three 1,000-yard rushing halfbacks: Allistaire Heartfield (1,396 yards), fullback Mark Simon (1,148 yards) and two-way back Derral Davis.
The other Division I recruits were tackle Mike Dawson, who went on to be a second-team All-American at Arizona and a first-round draft pick of the NFL St. Louis Cardinals, Jinx Johnson, Kelly Langford and Marvin Lewis.
Lineman Will Kreamer and back Frank Castro, who also played quarterback, were first-team All-State players.
After rolling to the state title game at 11-0, the Badgers faced the biggest obstacle of the year — Mayfield’s father died in his home state of Nebraska. Mayfield flew to Nebraska to
help at his father’s funeral service and returned to Arizona Stadium the day of the state championship game.
“We couldn’t let our coach down,’’ said Simon, the fullback who would go on to play for the Wisconsin Badgers. “Everything we did was for Coach Mayfield.’’
In the decisive victory over Westwood, Heartfield rushed for 170 yards, Davis 119 and Simon 107.
Other standouts on the team included linebacker John Trujillo, end Lonnie Williams, quarterback Anastacio Martinez and linebacker Dick Corral.
“Playing Tucson High in those years was like playing the Big Red Machine,’’ said Salpointe’s Davitch. “They’d come running onto the field in those red jerseys and you’d just stop and watch. It was a group you get once in a lifetime.’’
At year’s end, one national publication dedicated to high school football, Letterman’s Magazine, ranked Tucson High’s 1971 football team No. 7 in the nation.
“That’s nice,’’ said former THS head coach Rollin Gridley, who had coached the Badgers to a 32-game winning streak in the 1940s, winning four state championships, “but the people at that magazine have never seen Tucson High play. To them, that’s just a team way out west they threw into the rankings because of the record. If they had actually seen (the Badgers) play, they might’ve been No. 1 or close to it.’’ 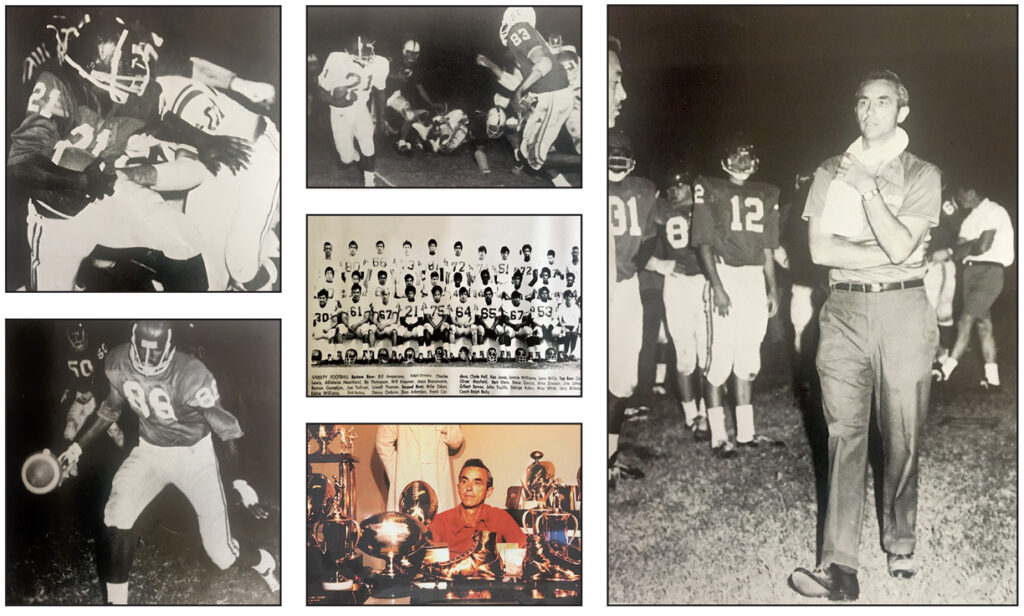