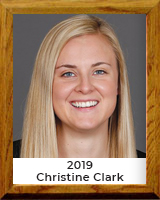 In Christine Clark’s athletic career at Tucson High School, she was a state track and field champion and Tucson’s girls basketball player of the year. “She was just so dedicated, such a hard worker,” said her mentor and trainer Mike López. “She competed as hard in drills as she did in the game. You knew she’d be a success.”

How’s this for success: At Harvard, Clark became a three-time All-Ivy League basketball player, the No. 3 scorer in Harvard women’s basketball history. Clark is now entering her second season as an assistant coach for Belmont women’s basketball in Tennessee, one of the nation’s mid-major women’s basketball powers. In her first season, the Bruins went 26-7 (16-2 in the Ohio Valley Conference) and logged their fourth-consecutive OVC Championship and NCAA Tournament appearance.

Before taking a job at Belmont, Clark spent the 2017-18 season as a recruiting specialist on the University of Florida women’s basketball coaching staff. That followed one year as a graduate assistant at the University of Arizona, where her responsibilities included opponent offensive scouting, analytics, coordination and execution of official and unofficial visits, basketball camp oversight, social media and alumni engagement initiatives, and management of UA male practice players.

A 2014 Harvard University graduate, Clark ranks among the top players in the history of the Crimson program. Clark, a three-time First Team All-Ivy League selection, finished her career No. 3 in Harvard history with 1,711 points. She also stands second all-time in career made free throws (447). A Google Cloud CoSIDA Academic All- District honoree and finalist for the 2014 Harvard Radcliffe Athlete of the Year award.

Clark played two seasons professionally for 6 23 Lavezzini Parma in Italy. She ranked among league leaders in scoring (16.5 ppg), 3-point field goal percentage (.410) and free throw percentage (.830). “As an assistant at DePaul, I recruited Christine throughout her junior and senior years of high school,” Belmont head coach Bart Brooks said. “During the recruiting process we built a strong relationship, and although she chose to attend Harvard, I followed her career closely and was always impressed by her toughness, competitiveness and intelligence.

When she finished playing professionally in Italy, she decided to pursue a career in coaching and I think she has the talent to make a major impact in this profession “I’m excited for Christine to bring her ingenuity, work ethic and leadership to our program. Christine lives and coaches with the highest level of integrity, and she will be a great role model for the young women in our basketball program.”

Clark ran her own basketball skills academy in the Tucson area for four years and is a graduate of the Women’s Basketball Coaches Association (WBCA) So You Want to be a Coach program. 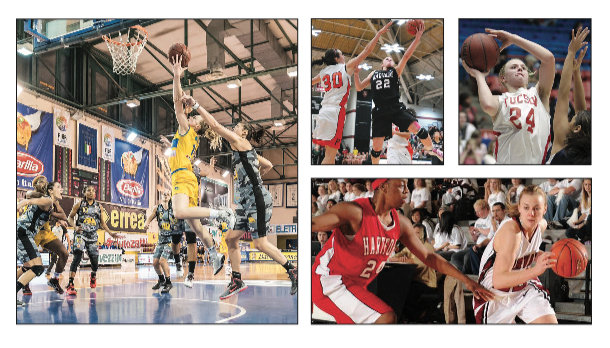